DOROBANTI SQUARE, 3 ROOMS ON THE GROUND FLOOR, WITH TERRACE / YARD
For lovers and connoisseurs of the select Dorobanti neighborhood, we offer for rent a spacious 3-room apartment located on the ground floor of a building built in 2003.
The apartment was the residence of the owner's family and is rented with a modernly furnished and equipped kitchen.
It has a usable area of ​​122sqm and consists of: living room of 49sqm, with access to the yard / terrace of 39sqm, vestibule, kitchen 13sqm, pantry 2.61sqm, bathroom 4.92sqm, chassis 2sqm, bedroom 17.36sqm, dressing 4.50sqm, bathroom 5.20sqm , bedroom / office 17.22sqm. A bathroom has a bathtub (and window), a bathroom has a shower.
The building is located on a quiet street, circulated only by residents, a few minutes from Dorobanti Square.
The Dorobanti area no longer needs recommendations, being one of the most famous and appreciated areas of the capital.

From an administrative point of view, Calea Dorobanti belongs to sector 1 and is located in the central area of ​​the capital, very close to Roman Square, Victoriei Square and Aviatorilor Square. In the northeast it borders the neighborhoods of Primaverii and Floreasca, and in the west - 1 May.

Calea Dorobanti is one of the oldest traffic arteries in Bucharest. Its history is interesting to follow, because, from the beginning, the area was constituted as an exclusive one. The current name of the street was assigned in 1878, after the War of Independence, as a tribute to the troops of Dorobanti who fought in Pleven, Vidin and Grivita. Calea Dorobanţi started from Calea Victoriei / Podul Mogoşoaia, it intersected with Pitar Moş street, in the area of ​​Al. Lahovari, from where it continues its route intersecting with the Iancu de Hunedoara and Ştefan cel Mare roads, after which it continues towards the Colentina river, including the former Herăstrău road. In 1899, the section between Calea Victoriei and Lahovari Square was named Lahovari Street, today George Enescu Street. Since then and until now, Calea Dorobanti has not undergone any changes. Currently, it amounts to 2,465 m, having the starting point in Lahovari Square, and the arrival point - in Charles de Gaulle Square.

Crossing Calea Dorobanti, we can see that it is divided into three sections, which is primarily due to its historical development. Thus, a first section is represented by the section between Lahovari Square and the road intersection. Ştefan cel Mare / Iancu de Hunedoara. In this part we find old constructions, which were mostly made at the end of the 19th century and the beginning of the 20th.

These imposing houses were built on large tracts of land, initially belonging to the important families of Bucharest at that time. At present, some of them house institutions, embassies or residences of the diplomatic corps. Over time, in addition to these constructions, blocks of flats were built. The process began in the interwar period, continuing between 1950 and 1989, but also after 1990. The area includes the former Dorobanti Hotel, the ophthalmological hospital, a faculty (Academy of Economic Sciences), a high school and a theater.

The second section is the area between the intersection with the road. Iancu de Hunedoara / Ştefan cel Mare and Dorobanti Square. About this section we can say that it is more recent. More precisely, it was systematized after 1960, the communist-type infrastructure leaving its mark on it as well. This situation caused a large part of the villas to be demolished, in order to make way for the well-known ten-storey blocks of flats and commercial spaces on the ground floor. Fortunately, however, many of the old buildings were saved, prior to 1940, which we still find in the area today.

The last section is comprised between Dorobanti Square and Charles de Gaulle Square, constituting an axis that separates three plots executed in the interwar period. On this section there are houses built around 1940, between 1950 and 1989, but also after 1990. They are some of the most sought after on the Bucharest real estate market, because they have a high degree of comfort. Around 1945, on the Mormand plot there were several vacant lots on which it was difficult to build, being the location of a former brick factory. Between 1960 and 1970, the building was built, which today houses the TVR headquarters. Only after 1990, with the law of restitution, the other lots began to be occupied, being built office buildings and imposing buildings, which, unfortunately, did not keep the architectural line of previous constructions. Thus, the initial character of the old plots from the interwar period was substantially modified.

In terms of infrastructure, the Dorobanti neighborhood has all the technical and municipal utilities (water, sewerage, methane gas, electricity, etc.). Public transport is provided by a metro and bus line, which together effectively connect the area with the rest of the city. In the area of ​​Dorobanti Square is the national college „I.L. Caragiale "," Alexandru Vlahuţă "high school and" Titu Maiorescu "general school.

In terms of education, in addition to those already mentioned, there are several kindergartens in the neighborhood.

As for shopping centers, it must be said that this segment has not developed much in recent years, being represented only by Mario Plaza and Dorobanti Square, located right in the heart of the neighborhood, between the two important areas, Beller and Capitale. It should be mentioned that the blocks of flats located on Calea Dorobanti house on the ground floor shopping malls, bank offices, offices or restaurants.

REAL ESTATE PROJECTS IN THE AREA

Dorobanti was established as an exclusive district of Bucharest, and due to the urban agglomeration, only a few residential complexes were built, such as: Dorobanti Apartment, Dorobanti-Capitale Ensemble or Washington Residence. 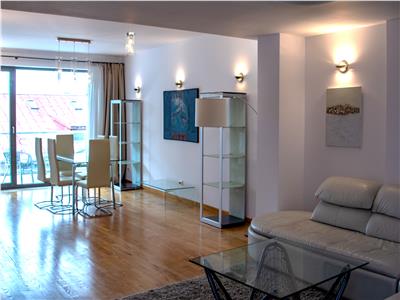 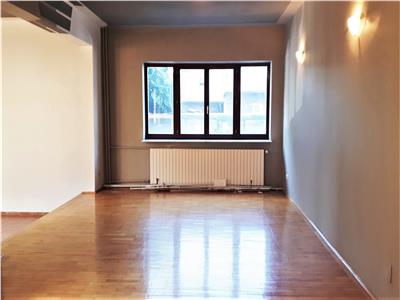 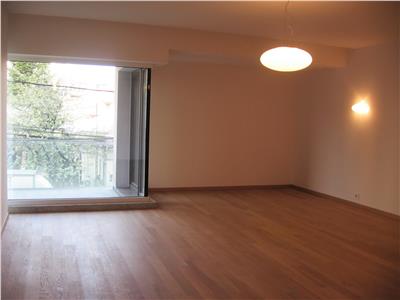